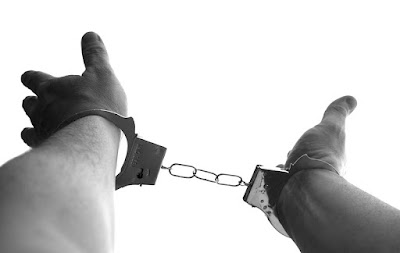 The state of Oklahoma is one of the toughest in the nation when it comes to prosecuting individuals charged with rape, statutory rape, and other sex-related charges.  Oftentimes the prosecution will fight to get the maximum sentence allowed by law.

This makes it imperative that you hire the best rape defense attorney you can afford, if you or a loved one are sexual assault charges.

It's important to remember that everyone is innocent until proven guilty even though it may not feel like it as you go through the legal process.  An experienced attorney can put your mind at ease and make sure that all evidence is brought to light.

Let's take a look at the different types of rape charges in the state of Oklahoma.

The punishments for first degree charges in Oklahoma range from five years up to life in prison without the chance of parole.

As it is a violent sex crime it is classified as an "85 percent" crime.  This means that anyone who is convicted will be required to serve a minimum of 85 percent of their jail sentence before they ever become eligible for parole.  Under these circumstances you can see why it is a good idea to hire a lawyer that is familiar with rape cases.

Someone who was sentenced to life in prison in Oklahoma for rape charges would be required to serve 38 years before they could be considered for parole. (a life sentence is forty-five years)

In addition to prison time anyone convicted would also be designated a Level III sex offender.  This means you would have to register with the State's Sex Offender Registry for the rest of their life and submit to all of the requirements that carries.  In addition the convicts personal information is available on a public website.

Another first degree charge is rape by Instrumentation.  This is non-consensual sexual penetration which is not sexual intercourse.

Statutory charges includes acts in which the victim consents to the sexual act, but due to certain circumstances they are no legally able to do so.

Statutory rape is not a violent act, and they doesn't even necessarily indicate that the victim was a minor at the time of the act.

While it's not necessarily the violent crime that is common with first degree charges, the punishments for this crime in the state of Oklahoma are still severe.  Those convicted will most likely face substantial prison time as well as lifetime registration as a sex offender.

Those potentially facing second degree rape charges or those who have been questioned about he nature of their relationship with someone is who legally not capable of providing consent should not answer any questions without first talking to a qualified attorney.  There's not a lot of wiggle room with statutory rape charges, if the victim is legally unable to consent, and the act of sex took place, a crime was committed.


The Details of Oklahoma's Rape Laws

Rape charges of any type should be considered a very serious matter.   There are plenty of examples of charges brought in which circumstances described by the victim are not quite consistent with what actually happened.  To protect your rights and your reputation you need to consult a criminal defense attorney with rape defense experience.

Sex Crimes Defense Law Firm in OKC The state of Oklahoma is one of the toughest in the nation when it comes to prosecuting individuals ...